Welcome to Love, Nick Robinson, your newest fansite dedicated to the talented American actor, Nick Robinson! You might recognize Nick from his roles in "Melissa & Joey", "Jurassic World", "Love, Simon", "Everything, Everything, and more. His most recent project is a Hulu series, "A Teacher". This site aims to update you with all the latest news, photos, and media on Nick’s career. Please feel free to take a look around the site and be sure to visit again soon!

Nick did an interview with ELLE.com about A Teacher. You can read his interview below:

ELLE – FX on Hulu’s unsettling miniseries A Teacher depicts a scenario that’s all too familiar to anyone who’s ever seen a teen drama. An attractive new teacher, Claire (Kate Mara) draws stares from her male students, and in particular from Eric (Nick Robinson). When the two run into each other outside of class, there’s a spark. Claire, stuck in an unhappy marriage and resentful about her own troubled youth, almost immediately starts crossing boundaries with Eric: going to parties with him, confiding in him, and giving him private tutoring sessions. Before long, Claire has seduced Eric—while allowing him to believe he seduced her.

Unlike most pop-cultural depictions of a student-teacher romance, A Teacher has no qualms about depicting the relationship as the predatory crime that it is. After the affair is revealed midway through the season, the show devotes several episodes to exploring the years-long aftermath for Eric, who blames himself for the entire affair for a long time.

Robinson spoke to ELLE.com about the “bait and switch” A Teacher pulls with its central relationship, what he related to in Eric, and what viewers should take from that abrupt final scene.

What were your first impressions of the project?
I didn’t know much about it at all. I met with Hannah early last year for what I thought was a general meeting, and when I got there, Kate Mara was sitting there too. They both started talking to me about A Teacher, so that was my first introduction to it. They did a great job pitching it and it sounded really interesting. I hadn’t read any scripts and I hadn’t seen Hannah’s movie, so it was only after that meeting that I started to put all the pieces together. But from Hannah and Kate’s telling of it, the show sounded intense and complex and intriguing.

The show walks a fine line of depicting a real spark between Claire and Eric without glamorizing what’s happening. As an actor, how conscious were you of that tension, particularly in the early scenes with Kate?
I think the spark is that classic bait and switch. The spark is to get the audience interested—as a viewer, you see two characters have chemistry onscreen and you’re automatically programmed to root for them, you know? That’s no different here—it’s just that over the course of the series, you really get to see why these two people should not be together. I think around episode 3, 4, 5, things really start to take a turn and challenge the audience’s initial reaction to the relationship. I think Hannah and Kate both set out to play into some of the stereotypes associated with a story like this, and then break those down.

Both in high school and at college, Eric is part of this very macho, bro-y culture, which has a clear impact on the way he processes what happened to him. His friends think it’s kind of awesome that he slept with his teacher.
Yeah, Eric is really trying to reconcile the views of his peers, the views of his parents or authority figures, and then his own view of the relationship. It breeds a lot of confusion. I think with Eric going to UT, he wants to play into what seems to be the dominant culture, at least at that frat, and be totally unaffected by this relationship and be lauded and praised for it. But that’s not the reality of what’s happening. It did affect him, and that’s what comes out. “Toxic masculinity” is a relatively new phrase, and I think the show is exploring some of that: the pitfalls of toxic masculinity, or just not being a very reflective person.

Was there anything in particular about Eric’s character that resonated with you?
Well, I went to a private school in Los Angeles for junior and senior year, and I did have a similar experience to Eric when he was in college, in some ways. Not to get too personal, but that was something I identified with: the frat culture, the party culture, the ways those two work hand-in-hand to limit self-introspection. The party scene can just be a cover for not experiencing other harder emotions, you know?

For sure. And Claire doesn’t seem great at self-introspection either—that becomes clear in their final scene.
Yeah, Eric is seeking closure, and hopefully, he found it. I don’t know, though, it’s kind of left slightly ambiguous at the end. I feel like that scenario would just be so frustrating, where she doesn’t see his reality and he doesn’t see hers. Both characters leave that meeting unfulfilled, ultimately. Hopefully, they both leave and go on with their lives, but who knows?

I have updated the gallery with HD screen captures from the ninth episode of A Teacher. If you are someone you know needs support, know you are not alone. Help is available, you can visit a-teacher-resources.com 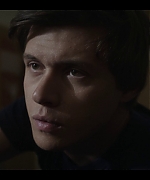 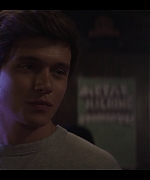 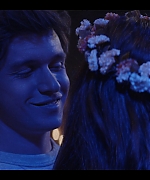 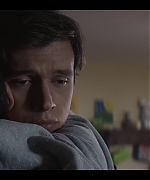 Here is the preview of the final episode of A Teacher, out next Tuesday!

Claire and Eric have seemingly moved on with their lives, but a chance encounter brings new truths to light.

Hello and welcome to Love, Nick Robinson, your newest fansite dedicated to all things, Nick Robinson. You may recognize Nick from the TV series, “Melissa & Joey” or from his some of his films such as “Love, Simon,” “Jurassic World,” “The 5th Wave,” and more.

I use to previously run a Nick site around 5 years ago and have been wanting to bring one back for a few years now. I am glad to finally have the site open! Thanks to my friend Jasper for the beautiful themes as well as helping me get this site online. The photo gallery currently holds 36,000+ images so far, varying from red carpet events, photo sessions, movie projects, television projects, and more!

Feel free to browse the site, including the career page where you can read more details about Nick’s projects. You can follow us on Twitter at @nickrobinsoncom and on Instagram at @nickrobinsoncom. I hope you all continue visiting the site to stay updated on everything Nick!

How did A Teacher go from small indie movie to critically-acclaimed TV series? Go behind-the-scenes for an INSIDE LOOK with the cast and creators.

Page 1 of 2« Previous 1 2
Current Projects
Nick as Eric Walker
A Teacher explores the complexities and consequences of a predatory relationship between Claire Wilson, a young teacher at a suburban Texas high school and her student, Eric Walker.
Nick as Stu Beckell
A female WWII pilot traveling with top secret documents on a B-17 Flying Fortress encounters an evil presence on board the flight.
Nick as Grant
After being released from the foster care system, a young woman finds work in a flower shop, where she changes the lives of others while working to overcome her own troubled past with her foster mother. Based on the NY Times bestseller.
Nick as Ross Ulbricht
Philosophical twenty-something Ross Ulbricht creates Silk Road, a dark net website that sells narcotics, while DEA agent Rick Bowden goes undercover to bring him down.
Nick as Ross Sean
A single mother who turns to housekeeping to barely make ends meet as she battles against poverty, homelessness, and bureaucracy.
Nick as Max
Weetzie is an ethereal pixie living in 1980s Los Angeles, where she grew up the child of an alcoholic starlet mother and a junkie screenwriter father. She teams up with her Mohawked best friend Dirk to find love, leading her to mysterious trenchcoat-wearing filmmaker Max and platinum-haired surfer Duck.
Choice Affiliates